Hide away for the day in Hannawa Falls!

It’s off the beaten path but has enough amenities that you can leave home in a hurry and figure it out when you get there! Hannawa Falls (population 1,040) is a charming hamlet on the Raquette River in north-central St. Lawrence County.

How to Get There:

From the North and West – Head for Potsdam, NY then take Rt. 56 south out of Potsdam for about 3 miles. From Ottawa, ON, likely the only major Canadian city close enough for a day trip, you can cross the border in Ogdensburg NY, take Rt. 68 east into Canton, NY and then Rt. 11 north into Potsdam, or cross from Cornwall, ON to Massena, NY and head south on Rt 56 all the way to Hannawa Falls.

From the South – Zip up Rt. 81 north (out of Syracuse) until you find Rt. 11 north by taking an exit for Watertown, NY or one just north of Watertown. Once you arrive in Potsdam, head south on Rt. 56 to Hannawa Falls. There are more scenic, meandering routes, of course, that may be worth exploring if the drive itself is part of the draw (think peak fall colors).

From the East or Southeast – You are likely starting from somewhere in the beautiful Adirondacks and routes can be complicated as they lead you around the mountains. I recommend bringing a paper map or at least printed directions along (crazy, I know) just in case, for those lost cell service moments between towns. If Tupper Lake is on your route (only 45 more miles of wilderness to go), follow Rt. 3 west out of town, and keep an eye out for Rt. 56 north, which will lead you right into Hannawa Falls. 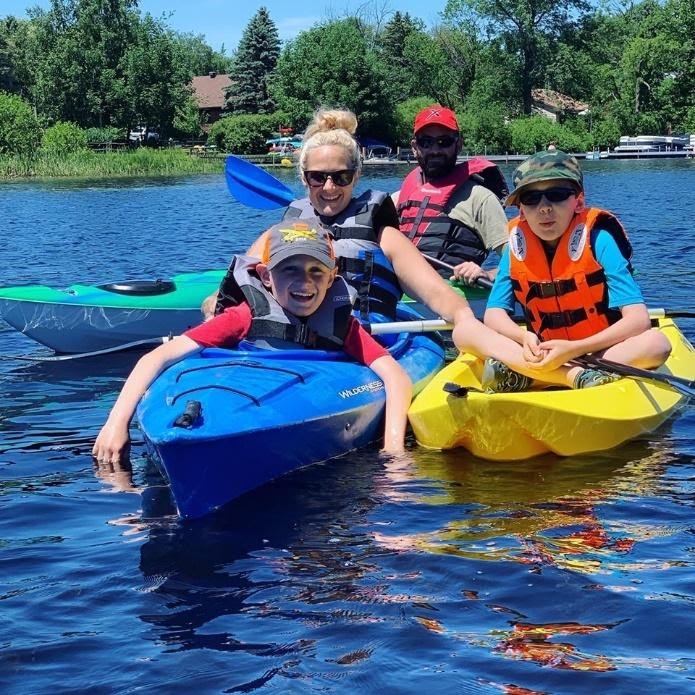 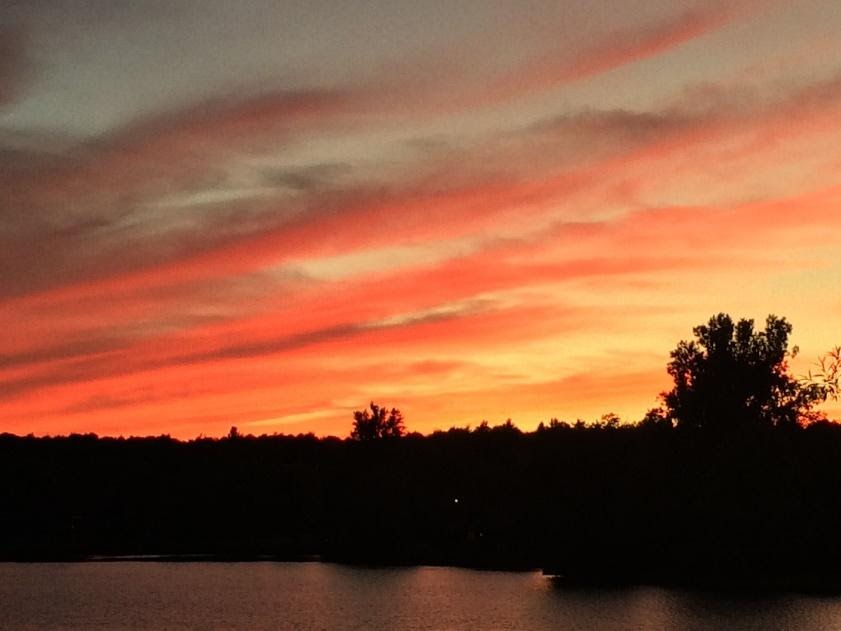 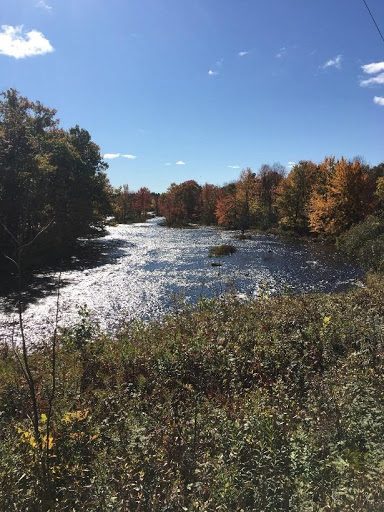 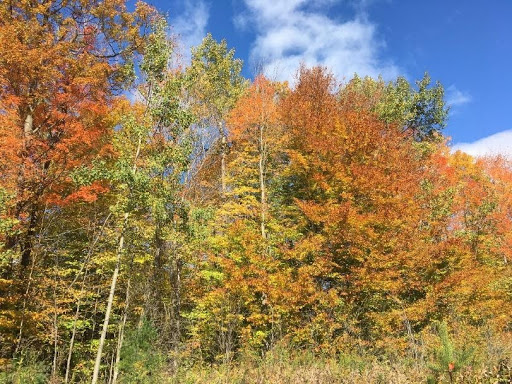 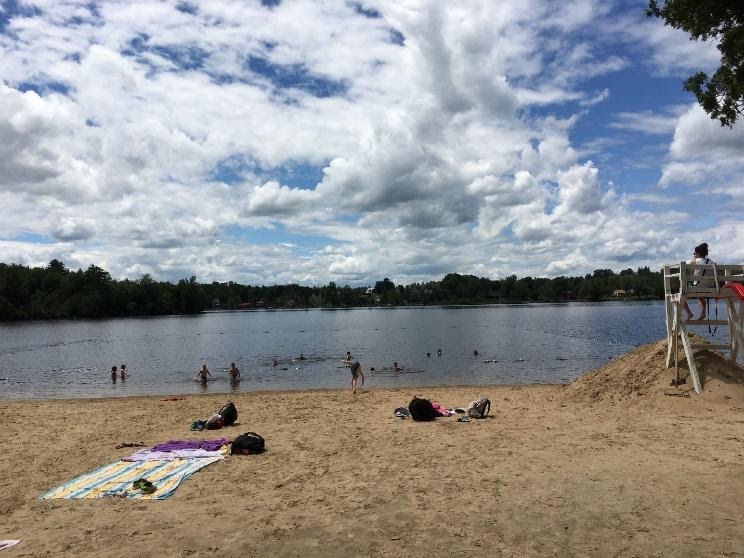 Postwood Park and Beach – This is a beautiful spot tucked away in Hannawa. Take Church Street off Rt. 56 just north of the river. You will find Postwood Road within a half mile (River Rd. curves to the left while Postwood Rd. continues straight). Go another quarter mile and you will be at the entrance to Postwood Park (parking lot on the left).

Although not well-marked, there are 5.7 miles of hiking trails through the county forests adjacent to the park (look to the left of the gate at the far end of the lot; see Brown’s Bridge – Postwood trail map). For those who enjoy Geocaching, there may be some hidden treasure out there!

Just beyond the parking lot, toward the river, you will find a small playground with slides and swings, picnic tables, a volleyball net, and a basketball court. Further down the path are restrooms and changing rooms and, as you head toward the river, the woods opens to a beautiful sandy beach.

There are roped off areas for shallow or deep-water swimming, and lifeguards on duty while the park is open from mid-June to late August. For safety, there are no rafts or other floatation devices allowed at the beach, except for youngsters with arm band floaties or life jackets who stay in the shallow swimming area. When in doubt, check with a lifeguard!

Reasonably priced kayak rentals are available (life vests included) or bring your own car-top boats for an adventure out on the 200 acres of Hannawa Falls Flow—or, as the locals say, Hannawa Pond. As you paddle, imagine a 1920-1940s era waterfront amusement park on the east bank of the river (same side as the beach)—it’s called “Coney Island” for a reason!

Chip’s Place is a small general store, close to the river on Rt. 56. Don’t let the size fool you, Chip’s has it all! There is everything from snacks and cold drinks to take along on a hike, to a full deli, homemade salads, and marinated meats and seafood. If you are going to hang around for a little while (or call in advance), you can even get a pizza! Don’t forget to grab some cheese curd and check out the fully stocked walk-in beer cooler that holds everything from domestics to local Adirondack craft beers. Grab some fresh ice for your cooler and some beer to take home! If you prefer wine or liquor for the wind down after your long day out and about in Hannawa, head around back to Spirits of Hannawa for a great selection.

Is dine-in more your style? If so, Jake’s on the Water is the place for you! As the name suggests, you’ll be on the waterfront, overlooking the Raquette River. You will have a view through large picture windows from a table inside, while deck or lawn seating puts you about as close to the water as possible (dock excluded) without going in!

Jake’s is dedicated to using fresh, locally sourced ingredients when available, open for lunch and dinner daily (except Tuesday), and offers an incredible brunch menu from 10-3 on Sunday.

If you are visiting anytime from early spring to late fall—any time when there is no ice on the river—you may see a competitive water skier practicing the slalom course (orange buoys) that parallels Rt. 56, just north of Jake’s. No joke—as I write this, there is snow gently falling, a bit of accumulation on the lawn, and a skier on the water. A dry suit is a necessary watersports accessory on these chilly days!

In addition to the trails near the beach, the Red Sandstone Trail is a 3.5 mile (7 miles out and back) intermediate-level hike with stunning views. Find the bridge over the Raquette River on Rt. 56 in Hannawa Falls, and Mill St. will be just south of the bridge. Turn on to Mill St. and, if you are there shortly before noon, get ready to cover your ears—the fire whistle (think air raid siren) goes off every day at noon! Unless there is an emergency and the trucks are heading out, it is generally quiet, with only the background sound of water rushing over the dam.

There is roadside parking just past the dam and you will see a sign marking the Southern Terminus of the trail. Picnic tables and charcoal grills can be found near the entrance, and trail signs offering a bit of the storied history of the area are located along the trail. It is beautiful throughout the year, and the fall, of course, is breathtaking. Again, if you are on a treasure hunt, there may be a geocache in your future!

If you love to fish, you’re in luck—there are fish in the Raquette River! Are you an unprepared angler or just need some fresh bait? No worries! Stop by The Country Store, a little place on Rt. 56 in Hannawa, where you can pick up your fishing license, bait, tackle, snacks, and drinks. Once you’re all set, the next order of business is figuring out where to fish. You have options:

Note: There is no public boat launch access to Hannawa Pond for larger boats on trailers.

Fourth of July Fireworks – Hannawa Falls puts on an outstanding fireworks display for Independence Day every summer. The fireworks show is a 35-year tradition in memory of Robert Plumb. Plumb, born in Potsdam and later residing in Hannawa Falls, was a celebrated artist and teacher who specialized in Adirondack-themed watercolors. Fireworks over the water seems a fitting tribute indeed!

The fireworks are set off at Postwood Beach and always draw a crowd. Boaters flock to the water while cars line Rt. 56, from the bridge across the river near the dam all the way to Jake’s on the Water. The show is on or around July 4 each year, so be sure to check local listings for the current date.

Loretta Collins is the Director of WriteScience, LLC. She knows that research and careful analysis are key components of most types of writing on any topic. Loretta uses her research background for clients as a non-fiction and memoir ghostwriter and book coach, and in editing books and scientific manuscripts headed for publication.

About Our Day Trip Series

St. Lawrence County is geographically large, meaning lots of day trip possibilities. Our day trip series will focus on the cool destinations in our county that make an excellent day trip, whether you're a tourist, a life long resident, or somewhere in between. 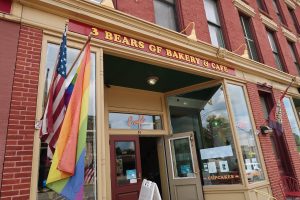 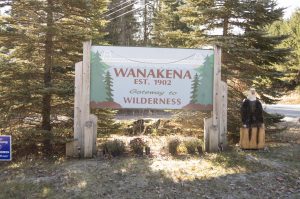 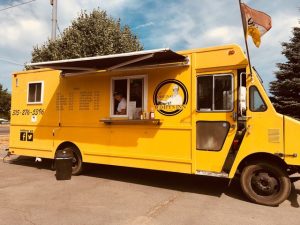 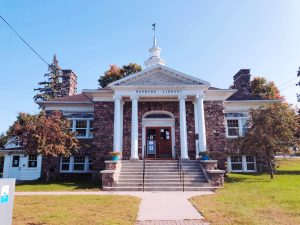 Read More
Check Out Our Blog
Scroll To Top