Our town's name came from Abijah Hammond, an early land owner, and was formed on March 30, 1827. The first resident of Hammond was William McNeil, who lived at Chippewa Bay. A statue was carved in McNeil's honor and is located outside of the town museum. The first school house was built in 1819-1920, the first church in 1821, and the first post office in 1822.

Hammond is rich with culture and heritage that is celebrated in creative ways throughout the community year-round.

Things to Do in Hammond & Nearby Surrounds 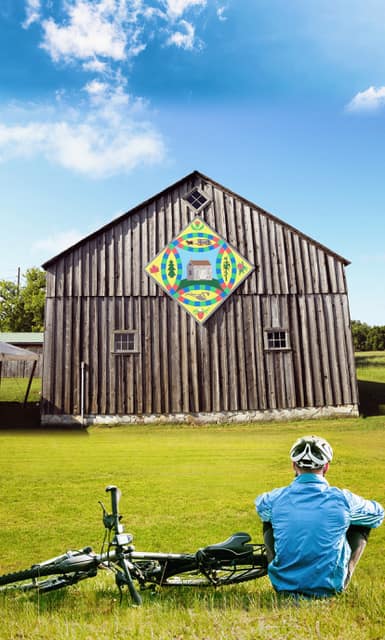 Spend an afternoon along the barn quilt trail and get a unique understanding of Hammond's historical culture and heritage.

Visit the Iva Smith Memorial Gallery of Fine Art and enjoy a Yellow Barn Concert as part of the summer/fall live music series each year.

Visit the farmers market in Hammond for fresh produce and locally made artisan wares and goods. Typically the markets are on during the summer and fall.

Where to Ice Skate in STLC

Hammond has a range of restaurants, eateries, cafes and bars with local and international cuisine options.

Need a place to stay while visiting Hammond? Check out these local options!

With the mighty St. Lawrence River to the north, the Adirondack Park to the south, and our rich river valley in the center of it all, you'll discover a wide variety of activities & opportunities in New York's north country.

Located in the beautiful Adirondacks, the town is surrounded by rivers, lakes and mountains that provide exciting outdoor activities all year round.

Beautiful scenery and a bounty of natural resources, including the Raquette River and its many lakes and surrounding trails.

Nestled between the foothills of the majestic Adirondack Mountains and the bustling Thousands Islands of the St. Lawrence River.

A port city on the St. Lawrence river that is renowned for its premier fishing and the Frederic Remington Art Museum.

Home to a wide variety of restaurants and shops, modern educational, cultural and scientific centers, and a local airport.

A quaint, picturesque community, nestled between the Thousand Island and Adirondack regions of Northern New York.